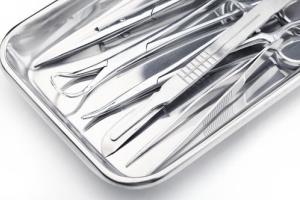 Daniel Metzgar had penile implant surgery in December 2009 to improve his love life after trying other measures unsuccessfully … and let’s just say the surgery worked a little too well. The Delaware truck driver says he was left with an erection that didn’t go away for eight months, according to his medical malpractice lawsuit, which is being heard this week.

However, attorneys for the urologist who performed the procedure say Metzgar should have known there was a problem when, by his own admission, his scrotum swelled to volleyball size. But, they say, Metzgar didn’t alert the doctor that anything was wrong until April.

At that point, the urologist told him the prosthesis—a three-piece inflatable implant involving shaft cylinders, a fluid reservoir, and a pump—had to be removed. The urologist claims Metzgar then didn’t do anything for months, the News Journal reports.

Metzgar says the urologist wanted $10,000, which he didn’t have; he had lost his insurance after the initial procedure. Here’s where you may want to look away if you have a weak stomach: Metzgar finally had the implant removed in August 2010, after tubing from the prosthesis pierced his scrotum. Even so, he got another prosthesis that works correctly, but he claims all the problems with the first one left him 50% smaller than he used to be down there.