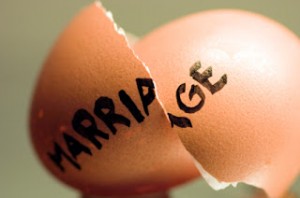 An Agege Customary Court in Lagos on Tuesday dissolved a seven-year-old marriage of an office assistant who said that her husband was unable to satisfy in bed.

The Court President, Mr Emmanuel Sokunle, held that  evidence before the court showed the marriage of Mr Maxwell Madu and  Grace, had broken down irretrievably.

He noted that the petitioner, grace insisted on divorce.

“Starting from today, you cease to be husband and wife; you shall go your separate ways and maintain the peace.

“The custody of the child is granted to the respondent, Mr Maxwell Madu,” he held.

Sokunle ordered that the child should spend part of his holidays with his mother.
Grace, 24, had filed a divorce suit on May 6.

The petitioner, who resides at No. 6, Church St., Bariga, Lagos, submitted that Maxwell, 40 had not been able to give her sexual satisfaction.

“Since I got married to him, I have not enjoyed sex; he does not perform well in bed,’’ she said.

She also said that Maxwell, a businessman, was unable to impregnate her after their only child.

“It was by God’s grace that we had the child,” she said.
Grace also accused Maxwell, of maltreating her.

“Anytime I return from work, he accuses me of lateness and calls me a prostitute.

“Since he became jobless, I have been responsible for providing clothes and food for the family as well as paying our child’s school fees.

“I want the court to dissolve the union and grant me the custody of the child,” she said.

Responding, Maxwell, said that since he lost his job, Grace had taken to adultery.

“She is never satisfied in bed; even if we go five rounds, she will still ask for more.

“My wife returns late at night, flirts around with different men and, at times, does not come home after work,’’ he said.

Maxwell, however, said that he was willing to live with Grace, if she would change her behaviour.