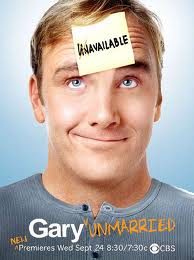 It won’t come as a surprise to most females that men mature later than women, but new research has pinpointed the exact age that boys mature completely as 43 — 11 whole years after women.

The study into the differences in maturity between genders revealed both men and women agree that males remain ‘immature’ well into their late 30s and early 40s. By contrast, the average age at which women mature is just 32.

Alarmingly, eight out of ten women believe that men ‘never stop being childish’ – with burping, eating fast food in the early hours and playing videogames their biggest bug-bears. Staying silent during arguments, not being able to cook simple meals and re-telling the same old jokes and stories when with the lads were also hailed as signs of immaturity. Men were nearly twice as likely to describe themselves as immature than were women with one in four men believing they are actively immature.

Women were also twice as likely as men to feel that they were the ‘grown up’ one in their current relationship. A quarter of women felt they were the ones made all the important decisions in the relationship with the same percentage wishing their partner would talk about themselves and what they’re feeling more often. Women also found men’s biggest maturity failings were still finding breaking wind funny, driving too fast and playing video games.

As a result, three in ten women have ended a relationship because they lost patience with the guy being too immature. A whopping 46 per cent of women have had a relationship in which they felt they had to mother their partner a bit too much. In fact, the average woman has to tell her partner to ‘act his age’ more than once a month – an average of 14 times a year.

Immaturity does have an upside though, with four in ten people saying that it is important in a relationship because it ensures the partnership stays fun and keeps things fresh. One in three people think a bit of immaturity helps in bonding well with children.