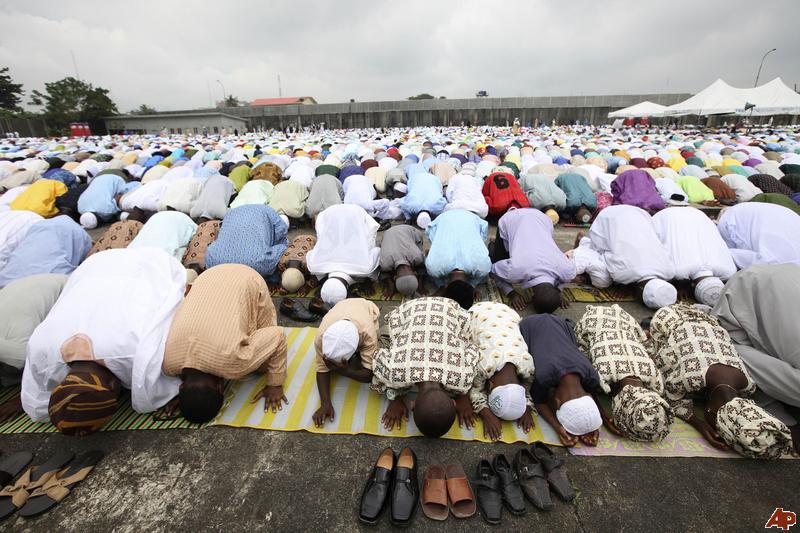 An estimated two million Muslim faithful in Dutse, Jigawa, participated in a special prayer session for peace, unity and prosperity in the country.

The prayer session, held on Saturday, was part of the five-day activity organised for the 27th Maulaud celebration to commemorate the birth of Sheik Ibrahim Nyass, a famous leader of the Tijjaniya Islamic movement.

Muslims faithful from within and outside the country attended the prayer session held at the Dutse Triangle Square.

Malam Ahmad Inyass, who led the congregation, prayed for peaceful co-existence among the people for sustainable social and economic development.

“We pray to Allah to give us peace, enrich our wealth in agriculture and the general economy of the country”.

Inyass admonished Muslims to be upright, honest and dedicate themselves to the worship of Allah in accordance with the teachings of Islam.

He also counselled Muslims to be guided by the teachings of the Quar’an and traditions of Prophet Muhammad and commended the state government for its support to the group.