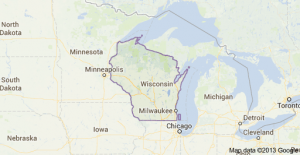 Police in Wisconsin said a 12-year-old boy missing for about two hours at a ballpark had fallen asleep in the wrong car.

Eau Claire police said the boy’s grandmother told investigators she dropped the boy off at the Babe Ruth baseball fields just after 8 p.m. Monday while she searched for a parking spot, the Eau Claire Leader-Telegram reported Thursday.

The woman assumed her grandson had gone to play at the nearby Mount Simon Park but she soon realized he wasn’t in the area and police were contacted while civilians joined the grandmother in searching for the boy.

Another woman visiting the ballpark discovered the boy sleeping in the back seat of her car about two hours later.

The boy told police he wanted to rest for a while and climbed into the car because he thought it was his grandmother’s vehicle.

The boy was returned to his grandmother