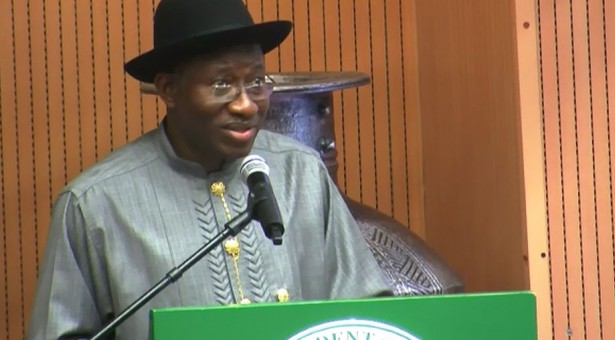 More Muslims than Christians have died in terrorists’ attacks so far, according to President Goodluck Jonathan.

The President made this disclosure yesterday while speaking at the 14th meeting of the Honorary International Investor Council (HIIC) which held at the Banquet Hall of the Presidential Villa in Abuja.

Mr. Jonathan also dispelled the widely held belief that the insurgency in the North carried a religious undertone saying the terrorists were a group of individuals with foreign support whose major aim was to destabilize the nation.

The President argued that in carrying out their deadly attacks, the insurgents threw explosives into churches and mosques, but that “more Muslims have died in the conflict than Christians”.

He also assured of a conducive atmosphere for investments, saying it was obvious from the emergency rule declared in Borno, Yobe and Adamawa States that the country was gaining the upper hand against the terrorists.

The president noted that his administration gives priority to security as it is key to attracting investments and development just as he said his government would do everything possible to guarantee the security of lives, property and investments.

Earlier in her remarks, the coordinator of the HIIC, Baroness Lynda Chalker, urged the government to take pro-active measures to tackle oil theft as it was “diminishing income into the treasury.”

Information Nigeria reports that the HIIC is charged with the responsibilities of looking into Nigeria’s investment environment and gives advice on areas to improve on in order to attract businesses from across the globe.