Home National News Odd News Mother Shoots 9-Year-Old Son To Death Because She Was Angry At Her...
Facebook
Twitter
WhatsApp 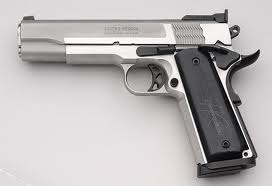 A mother who shot her 9-year-old son five times did it to get back at her husband, according to police documents.

Lisa Marie Lesyshen, 45, was taken into custody Friday and charged with first-degree murder, child abuse leading to death and domestic violence. She is still being treated for a self-inflicted gunshot wound at a hospital in Denver, where she reportedly confessed to shooting Asher Lesyshen-Kirlan.

Asher, a third-grader at Soda Creek Elementary School, died early Wednesday morning. According to the arrest warrant obtained by CBS Denver, the 9-year-old was shot three times in the chest, once in the head and once in the leg, likely at close range.

While searching the house, police discovered a note on Asher’s nightstand that read, “Remember you are responsible for what has happened here and you are the person that caused it.” The letter was addressed to Michael Kirlan, Lesyshen’s husband, and signed “Lisa & Asher.”

Lesyshen and husband Kirlan, 46, were separated but living in the same house in Steamboat Springs, Colo., according to the warrant.

Kirlan told police he woke up to the sound of gunshots around 3 a.m. Wednesday. He raced upstairs to find his estranged wife leaving their son’s room. He saw that Asher had been shot multiple times and was covered in blood. Kirlan said he carried the boy to the front entryway and then heard more gunshots.

He asked Lesyshen why she would do something like this, and she reportedly answered, “To hurt you.”

The woman also told Kirlan to kill her.

Officials found Lesyshen unconscious in the master bedroom and transported to a Denver hospital. On Thursday, she told an officer she shot her son before turning the gun on herself.

On Tuesday, Lesyshen asked a coworker at Bud Werner Memorial Library where she could purchase .22-caliber ammunition, the document said. Lesyshen bought the bullets that afternoon.