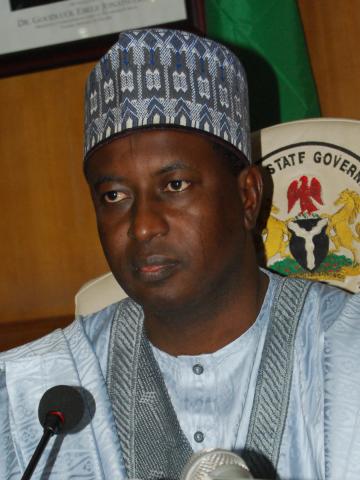 In an unprecedented show of love and brotherliness, the Muslim community at Barnawa, Kaduna metropolis, yesterday worshiped with Christians at Living Faith Foundation, Chapel of Grace, with a call on Nigerians to love one another for peaceful co-existence.

In his address, the Muslims, led by the District Head, Alhaji Mohammed Kabir Zubairu said that they decided to worship with Christians so as to strengthen the bond of unity among them.

While calling on the government to bring an end to the persistent violence in some parts of the country, Zubairu noted that the church had donated Rams to his palace during Sallah festivities, adding that God created both Christianity and Islam for peace, not violence.

He said: “In my district Barnawa, Muslims and Christians are all living in peace as one family. I am a Muslim, but I believe Allah created Islam and Christianity for peace, not for crisis. Attending a church service today with some of my subjects who are Christians has nothing to affect my religion, but it will rather strengthen unity among us.

“This church has been giving us the biggest rams during Sallah festivities. I and my cabinet members will continue to preach peace. My district within Kaduna metropolis is free of crisis; we are living in peace with one another.”

In his response, Dr Peter Jiya, who is the Resident Pastor of Living Faith Foundation, said the church would continue to co-habit peacefully with non- Christians.

Jiya said “Living Faith Foundation believes in peaceful co-existence. The situation in the country calls for a lot of co-existence among different religious groups.

“Today, the District Head of Barnawa worshipped with us and we appreciate it. We hope that the whole country will emulate this gesture and by so doing, many problems we are facing will be solved by the grace of God.”