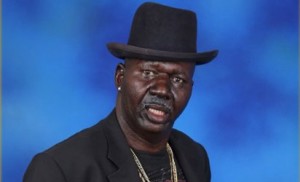 Following the ruling of the Appeals court which dismissed an earlier verdict of a Lagos High Court granting him N25 million in his suit against the National Drug Law Enforcement Agency, NDLEA, Mr. Babatunde Omidiran, popularly known as Baba Suwe, has vowed to appeal the Appellate Court’s ruling.

The Court of Appeals had on Friday, ruled that NDLEA had good reasons to detain Baba Suwe, and set aside the N25 million awarded by Justice Yetunde Idowu of a Lagos High Court, to the ace comedian.

Speaking through his lawyer, Mr. Bamidele Aturu, weekend, in Lagos, Baba Suwe said the Court of Appeals’ decision would be taken to the Supreme Court because it was one that could encourage the culture of impunity on the part of law enforcement agencies.

“If we do not appeal the decision, history will not forgive us. We shall be heading to the Supreme Court.

“It is a matter of public duty now.

“As soon as we get the judgment, within three or four days the appeal will be ready. Let the Supreme Court finally rule on it. We think this can also encourage the culture of impunity on the part of law enforcement agencies.”