Now Serena Williams is garnering attention for the wrong reasons. The 31-year-old tennis star made insensitive remarks about the victim in the widely publicized Steubenville rape case, where a 16-year-old girl was assaulted by high school football players. 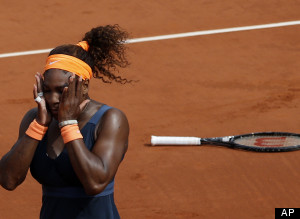 During an interview with Rolling Stone contributor Stephen Rodrick, a television news segment prompted Williams to discuss this rape case:

“Do you think it was fair, what they got? They did something stupid, but I don’t know. I’m not blaming the girl, but if you’re a 16-year-old and you’re drunk like that, your parents should teach you: Don’t take drinks from other people,” Williams said to Rodrick.

“She’s 16, why was she that drunk where she doesn’t remember? It could have been much worse. She’s lucky. Obviously, I don’t know, maybe she wasn’t a virgin, but she shouldn’t have put herself in that position, unless they slipped her something, then that’s different.”

After sharing her remarks on the Steubenville case, Rodrick noted that “Serena’s Hannity-like take on the case isn’t her only rightward lean.” He attributed her “no-­safety-net political philosophy” to her childhood in Compton.

Deadspin excerpted the portion of the lengthy profile that contained Williams’ Steubenville commentary on Tuesday, triggering a wave of backlash on social media directed at the 16-time Grand Slam champion.