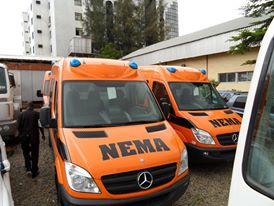 The National Emergency Management Agency (NEMA) has disclosed that no fewer than 3,000 persons have been displaced in Birnin Gwari local government area of Kaduna State following last Saturday’s attack on the area by armed bandits.

After a rapid assessment of the affected areas, NEMA officials said, they discovered that four people were killed; two injured while no fewer than 3,000 persons are displaced. The agency said the displaced persons are currently being camped at Doka Primary school.

NEMA added that 18 outpatients among them; seven children, are receiving treatment at the Primary Health Care (PHC) in Doka.  Also, a woman (Hausi Haruna), who gave birth to a baby girl at the camp was on admission at the PHC.

NEMA North-West Zonal Coordinator represented by the Head of Administration, Hajia Amina Ahman, handed over relief items for the internally displaced persons to the District Heads of Goron Dutse and Gayan.