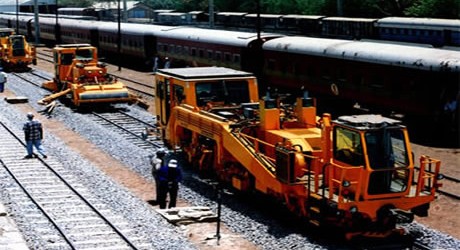 The Minister of Transport, Alhaji Idris Umar said on Saturday that construction of new railway lines across the country would be executed through Public-Private Partnership (PPP).

Addressing newsmen in Gombe, the minister said the involvement of the private sector was informed by the capital intensive nature of the projects.

He said that by October, the feasibility studies would have been completed to develop the corridors.

Umar named the new corridors as East-West line; the Coastal line; the Central corridor and other branch and spur lines.

“Nigeria has to be in tune with other countries of the world that have allowed the private sector to strive and play a key role, with the country providing the enabling environment which we have done”, he said.

The minister explained that the Federal Government embarked on the rehabilitation of moribund system of the railways to resuscitate the rail transportation.

“As you are aware, the Lagos-Kaduna has been revived with the train now back on track.

“The rather moribund railway system has been revived with the trains now back on track from Lagos to Kano.

“We are assiduously pursuing the rehabilitation of the entire Eastern narrow gauge made up of 3,505 km.

“We are concentrating on bringing back to life the Port Harcourt-Maiduguri line, which starts from Port Harcourt-Enugu-Makurdi-Lafia-Jos-Bauchi-Gombe-Maiduguri.

“We hope by the end of this year, the trains will be back on track on the Western line.

“While that is going on, we are equally and assiduously constructing the standard gauge line with a view to bringing the modernisation of the railway system into Nigeria.

“So, we are seriously considering the construction of the Abuja-Kaduna, which has attained 65 per cent construction level.” the minister said.

He also said that “the Ajaokuta-Warri is expected to be completed by the first quarter of next year, having reached more than 77 per cent completion level”.

He said also that “contract for the Lagos-Ibadan double tract has been signed.”

The minister added that “before the end of the year, the contractors will be mobilised to site as soon as we complete arrangements with China EXIM Bank”. (NAN)