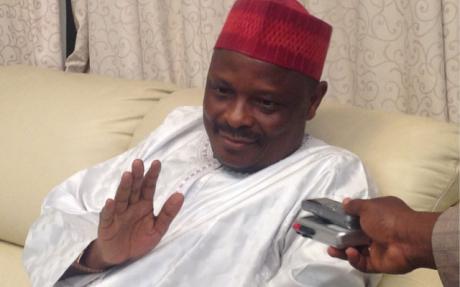 Dr Rabiu Musa Kwankwaso of Kano State has vowed that the Nigeria Governors’ Forum (NGF) leadership will not bow to the pressure from President Goodluck Jonathan and the Peoples Democratic Party (PDP) to dump the authentic winner of the chairmanship election, Governor Rotimi Amaechi of Rivers.

Kwankwaso, who spoke with Journalists at the Kano Governor’s Lodge in Abuja, said the ‘G-19’ voted for Amaechi after obtaining a commitment from him that he would not give up under any circumstance.

“We have invested so much in this party, I don’t think any governor is thinking of leaving this party but if you are suspended, dismissed or expelled, of course there are no options.

He added further that “now, I can tell you, Amaechi cannot withdraw without our approval. Anybody who is saying Amaechi should withdraw is wasting his time, because that is not in the agreement between us and Amaechi. We gave only two tasks to Amaechi and he did well.”

The Kano governor warned the PDP leadership against unwarranted recourse to suspension or dismissal of governors, saying it could leave them no choice but to dump the party and see to its end.