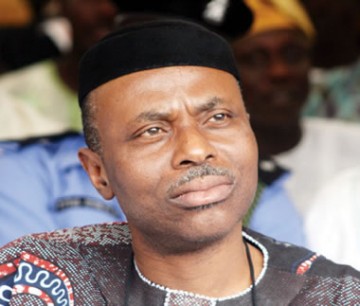 Ondo State Governor, Dr Olusegun Mimiko yesterday was warned by the Nigeria Labour Congress (NLC) against what they described as his “patronage of anti-democratic forces”.

Mimiko, the only governor elected on the platform of the Labour Party (LP) was urged to urgently return to the path of social democracy as proclaimed by the ideology of his party, LP and stop his current unacceptable open patronage of “anti-democratic forces within the Nigeria Governors’ Forum (NGF)”.

NLC in a statement signed by its Vice President Comrade Issa Aremu, said its members and labour movement who formed the party have been grossly embarrassed with the recent exhibited role of Governor Mimiko in the election of the Nigeria Governors Forum chairman and the eventual factions that emerged.

Mimiko it would be recalled was nominated as the running mate to governor Jonah Jang of Plateau State during the Nigeria Governors Forum election which was won by Rivers State governor Rotimi Ameachi.

“Labour Party members are therefore shocked that Governor Mimiko who just emerged from a similar free and fair election based on secret ballot would be party to an unacceptable disputation of a simple majority election by 36 governors. Labour Party’s Governor of Ondo State, Governor Olusegun Mimiko must urgently refill his democratic account which has suffered huge deficit by his uncritical association with governors who have no respect for simple majority outcomes,” the statement said.