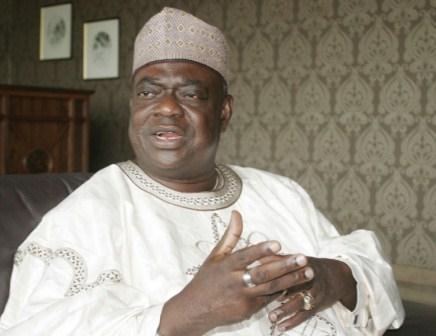 The Niger State governor Babangida Aliyu has lamented the absence of internal democracy in political parties in Nigeria, even as he stated that negotiation rather than threat should be used in solving political problems.

Also, he stated that to end the wave of insecurity sweeping across most parts of northern Nigeria, the Federal Government must go beyond amnesty and conduct deeper findings to why people took up arms and fish out the sponsors.

Aliyu, who spoke in Minna, the state capital when the members of the Presidential Committee on Dialogue and Peaceful Resolution of Security Challenges led by the minister of special duties, Alhaji Kabiru Tanimu Turaki, visited him at Government House, yesterday.

The governor said that after 14 years of democracy, Nigerian politicians have been giving excuses for adopting methods alien to democracy.

Aliyu also noted that nobody is making an attempt to ensure that democracy is entrenched in the country via the political parties in Nigeria because they lack internal democracy.

“Apart from threat and what have you, you don’t hear people negotiating and I thought politics is about negotiating; the people don’t want to negotiate but threaten others,” he said .

Aliyu, who is reportedly pencilled down for discipline by the Peoples Democratic Party, PDP, and the presidency said, “For those who know me and those who care to know, there is nothing anybody can do to me than what God has decreed. We can only pray that let it come in a simpler form. All of us here, there is nothing we did; we did not do anything special for God to make us alive today.”

He added: “Those who are thinking of only threat as a democratic principle, I think they must change their views; we can negotiate. Whenever you see people crying , it is because they have a problem and you must listen to them.”

In apparent reference to the current crisis rocking the Nigeria Governors’ Forum, Aliyu continued: “And if you have the majority, why not? But do not get the majority out of threat or out of fear because when the people come out, then, you will be at the receiving end