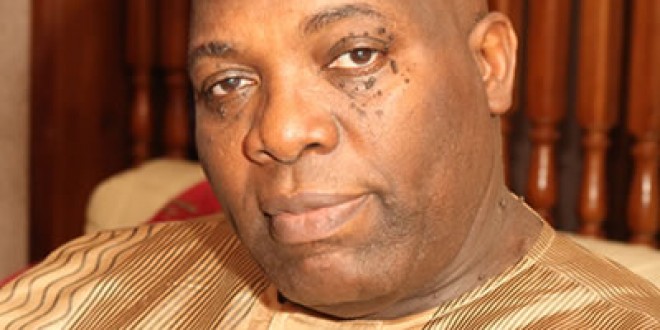 The Presidency yesterday dismissed fears raised by the opposition that the Nigerian economy would collapse due to the recent discovery of oil in commercial quantity by the United States.

The Presidency’s position which was made known in a press conference yesterday by Special Assistant to the President on Public Affairs, Dr Doyin Okupe, in Abuja, came on the heels of claims by the Action Congress of Nigeria (ACN) that the economy is in jeopardy due to the fact that oil firms were divesting from the oil sector, among others.

Okupe noted that the Federal Government was adopting stringent measures aimed at mitigating the effect of the the decline in the purchase of Nigeria’s oil by America with increased volume of term of contracts with Asian refineries.

Okupe said, “Fears are being expressed in many quarters on the state of the Nigerian   economy especially about the discovery of shale oil by U.S. and its likely effect on our crude oil production.

‘‘We wish to assert that the degree of transparency and forthrightness which this administration has displayed in the management of the economy in the last two years as well as the various fiscal policies, reforms and programmes adopted by the Jonathan administration since its inception do not give room for fears that the economy might in any way be endangered.

“The truth is that contrary to this thinking, Nigeria’s total National crude oil production is 2.06 million barrels per day.”

He said that market for Nigeria’s crude oil had since shifted from the U.S. to Europe.

According to him, “Already, the Federal Government is adopting appropriate strategies to effectively mitigate the impact of decline in the U.S. markets. The number and volume of term contracts with Asian refiners is gradually being increased. Current term volumes to Asian refiners stand at 120,000 barrels per day. In both the short and medium-term, a combination of market openings in Europe and Asia will effectively compensate the loss of U.S. market and offer needed support for Nigerian crude oil exports.

“Every discerning observer will notice that socio-economic challenges which had existed for several decades and which the current Transformation Agenda is effectively tackling are clearly spelt out in the Mid-term report presented to Nigerians by President Goodluck Jonathan a few weeks ago. These challenges include, among others, dependence on oil exports, high recurrent expenditure, high food importation, poor infrastructure, high inflation, falling reserve and rising domestic debt.”

He added: “While the Nigerian economy, like other oil dependent ones globally, often suffer from drop in sales and fluctuation in international pricing, the Jonathan administration has implemented key reforms to reduce dependence on oil and these reforms have resulted in the Agricultural sector alone contributing over 40 per cent  to the Gross Domestic Product in two years. Oil exports are now 69 per cent of our total exports as against 91 per cent in 2008.”

On reports of the rising cost of governance, Okupe stated: “It is noteworthy that under the administration of President Jonathan, Nigeria’s recurrent expenditure dropped from 74 per cent in 2011 to 68 per cent in 2013 and will further go down in the next fiscal year.

“Just three weeks ago, government began the implementation of reforms suggested by the Orosanye committee to further reduce recurrent expenditure by about N1 trillion in the next three years through the rationalisation of Agencies and Departments of Government with similar functions,” he disclosed.