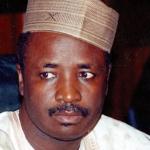 National Chairman of the Peoples Democratic Party, Dr. Bamanga Tukur, has been told in no uncertain terms that any move to force any of the six governors from the North-West zone out of the party is bound to fail.

The party in the zone also stated that none of the governors had done anything wrong to warrant suspension from the party.

This position was made known by the Vice Chairman of the party in the North-West, Ambassador Ibrahim Kazaure, in an interview on Tuesday.

Kazaure was reacting to the suspension of the Governor of Sokoto State, Alhaji Aliyu Wamakko, from the party by its National Working Committee last Wednesday.

The governor, according to the National Publicity Secretary of the party, Chief Olisa Metuh, was suspended because he was rude to Tukur.

But Kazaure while dismissing the claim, said all the six governors in the zone were loyal to the party, including Wamakko.

There are seven states in the North-West with Sokoto, Jigawa, Kebbi, Kaduna, Katsina and Kano under the control of the PDP while Zamfara State is controlled by the opposition – All Nigeria People’s Party.

Kazaure in his defence of Wamakko, said he did not do anything wrong to deserve his summary suspension from the party.

He said, “The PDP in the zone is solidly behind the six governors, including the governor of Sokoto State.

“He has not done anything wrong to warrant his suspension from the party at any level.

“Let it be known that we are going to remain in the party and nobody can force any of the governors, and even members, out of the PDP.

“If anyone has such ambition or think it is possible to do, tell the person he would fail. In fact, he has failed.”

On the invitation to the suspended governor by the opposition to dump the PDP for the newly formed All Progressives Congress, Kazaure said, “How would you leave your own house, where you are a landlord to go and be a tenant in an uncompleted building?”