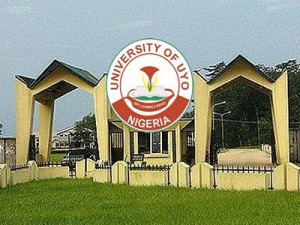 A thorough investigation into the killing of one of the students of university of Uyo during last Wednesday’s protest has been initiated by the National Universities Commission, the Nigerian Police, as well as the council of the University of Uyo, Akwa Ibom State.

The NUC’s acting chairman, Inter-ministerial Committee on Campus Safety and Security, Prof. Adebisi Balogun, said this in Uyo on Monday while inspecting the destroyed facilities on the university’s campus.

Balogun noted that the inter-ministerial committee was in Uyo for on-the-spot assessment of the destroyed facilities.

“Whatever had happened or whatever should happen within the Nigerian university system among students and staff, there should not be loss of life. And that is why the Executive Secretary of NUC has sent us as an inter-ministerial committee.

He explained that the fact that Exams and Records and the university’s portal offices were set ablaze hours after the VC office had been destroyed showed an indication that the process was an afterthought and a result of a well-conceived plan.

In her reaction, the school’s Vice Chancellor, Prof. Comfort Ekpo, said the increase of the transport fare from N100 to N200 daily from town campus to the permanent site was based on agreement with students’ union leaders, and so it was shocking to see the level of destruction carried out by the students on an issue that they had settled.

Ekpo lamented that all efforts to pacify the protesting students failed as they were not ready to listen to any entreaties, adding that the protest was led by a small group of students.

“They forcibly locked the gates of the university while shouting and disrupting activities and peace of the town and annex campuses.

“When it became apparent that most students were not interested in the demonstration, they proceeded to force their way into classrooms where lectures were taking place and disrupted ongoing lectures.