The Inspector General of Police (IGP), Mohammed Abubakar, has vowed to bring to book those who killed security operatives on duty and observed that no one has the right to kill any police officer and expect to get away with it. 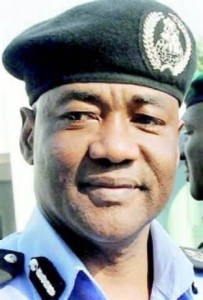 Abubakar made this known yesterday at the Force headquarters during the official commissioning of a fleet of operational vehicles for patrolling the Abuja-Kaduna highways.

A reported 100 security operatives, including police and State Security Service, (SSS), sent to effect the arrest of the chief priest of a cult group, the Ombatse cult were allegedly slaughtered by the cult members. While the remains of some of the operatives were discovered to have been burnt beyond recognition, many others could not be found.

Following the tragic incident, there has not been any reported arrest carried out by either the police or SSS, leaving Nigerians worried that the perpetrators may get away with the crime. The SSS director general, Mr. Ekpeyong Ita at a candlelight service in honour of the fallen SSS operatives, announced that the Service had forgiven the killers.

The IGP who fielded questions from journalists after the event vowed that all those who participated in the killing of scores of policemen sent to carry out their legitimate duties in Eggon community in Nasarawa State, would be brought to book.