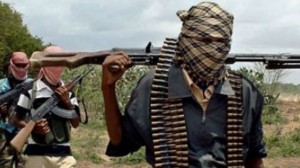 The Police in Gombe on Wednesday confirmed the attack by gunmen on Kumo Divisional Police Station in Akko Local Government Area of the state, where an Inspector was injured.

The command’s Public Relations officer, DSP Fwaje Atajiri, told the News Agency of Nigeria (NAN) in Gombe, that the attack was the second in recent time.

He, however, dispelled the rumours that the officer was killed.

“Yes, there was an attack at the Kumo police station, but our men gallantly repelled them.

“One of our men got injured in the process and is currently receiving treatment in a hospital.

“The gunmen had attacked the same station on March 29, where three persons including a pastor, who was just arriving from a journey, were killed,” he said.

A source in Kumo told NAN that the gunmen attacked the station at about 11.30pm, but was not clear on the level of damage caused by the incident.