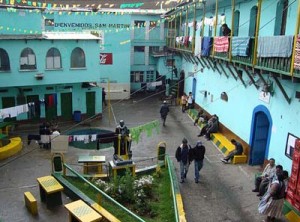 The practice of letting children live in jails has been brought under question in Bolivia, with a 12-year-old girl’s pregnancy after being r*ped for years by her father and other inmates in a La Paz prison sparking outrage.

Government figures put the number of young children and adolescents living in Bolivian prisons with their convict relatives at about 1,500 — a situation critics say is ripe for the kind of abuse suffered by the young girl.

Children of inmates often are forced to live with them in prison because they have no other relatives, or because both parents are in jail.

The child has told authorities she was repeatedly molested by her father, uncle and godfather since she was eight-years-old, Llanos told local media on Wednesday. 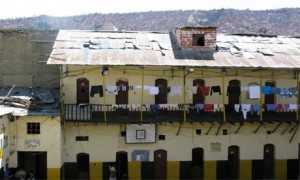 The case is now in the hands of child protection officials, who have offered the girl psychological counselling.

University professor and political analyst Carlos Cordero said the girl’s situation was in part the result of the “miserable conditions and neglect of the inmates”.

The San Pedro prison in La Paz, where 500 children live with their parents and where the incident took place, is infamous because several years ago, visitors were able to easily buy cocaine as police turned a blind eye.

The minors share living space with violent criminals — murderers, rapists, gang members and drug dealers. They witness the rampant use of alcohol and drugs, as well as the bloody fights that frequently erupt.

“It is traumatic to live in a place like this,” said Stefano Toricini, a volunteer for an Italian non-governmental organisation who has provided counselling to children at San Pedro for the past decade.

“The kids live in a state of constant psychological pressure, and the culture of violence that pervades prisons is not for children.”

Llanos — who spent part of his childhood living in a jail with his father, a political prisoner of the country’s military dictatorship in the 1960s — called on police to “stop being so corrupt and stop allowing children in prisons,” in comments to the Pagina Siete newspaper.

President of the independent Human Rights Assembly, Yolanda Herrera, said, “the problem is not that children are inside prisons — the problem is that there are no state policies for the protection of children.”

Bolivia’s police chief, General Alberto Aracena, said: “As a human being, I cannot imagine that children are made to live in prisons, because I can see that they are exposed to all sorts of dangers and risks.”

With the support of congress, police have said they will carry out a census of the children living in prisons and give officers special training to deal with the situation, Aracena said.

Prisons in Bolivia are the second most crowded in the region, after those in El Salvador. They are designed to house 3,740 prisoners, but there are 13,840 inmates, according to the Organisation of American States, as crimes leading to prison terms are commonplace in the South American country. 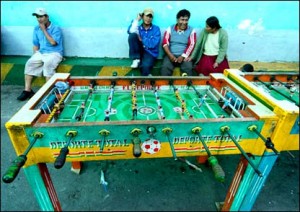