A three-year-old boy’s parents who created panic in Sharjah, United Arab Emirates, when they said their car had been stolen with the toddler in it have been charged with neglect. The car was never stolen. The parents had forgotten where they had parked it after leaving it with the engine running.

A search lasting nearly three hours followed after the father reported the incident.

Brigadier Abdullah Mubarak Al Dukan, deputy commander in chief of Sharjah Police, gave instructions for 50 police patrols to be deployed. By 8pm, Sharjah Police had posted pleas on their Twitter and Facebook pages, urging people to help find the vehicle. They said the child’s parents were distressed and believed their child had been snatched.

Police found the car parked where the father had left it in a parking lot in Al Qassimiyah when the couple went to look for an apartment. The child had been left in the back seat of their white Toyota Fortuner, which they left unlocked with the engine running. He was crying and scared when he was found. 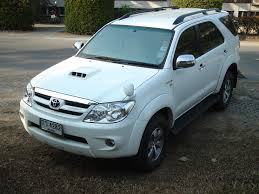 “When police found the child, police ambulance staff examined his condition and health at the site,” Al Khayal said.

The couple have been referred to the public prosecution.

“Their guidance gave direct support to the security agencies and the public,” Colonel Al Khayal said. “We also thank all community members, the mass media and all those who helped the police in their search.”

He urged community members not to leave their vehicles parked with the engine running.

Colonel Al Khayal pointed out that the police have zero tolerance against such types of incidents.

He urged motorists to comply with the traffic laws and instructions issued by departments.