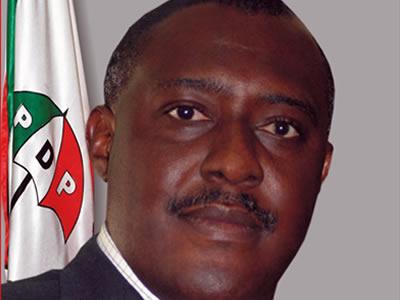 The National Publicity Secretary of the Peoples Democratic Party (PDP), Chief Olisa Metuh, will be handing his resignation letter to the party before its National Executive Committee (NEC) meeting today.

Metuh, who confirmed his resignation to Journalists yesterday in his office at the PDP secretariat in Abuja, said other officials affected by the report of the Independent National Electoral Commission (INEC) will also resign.

He said: “I want to inform you that I am resigning as the National Publicity Secretary with effect from Thursday, June 20, 2013.

“This resignation is in the overall interest of the party and is being done to put a final stop to the controversy generated by the INEC report on the mode of my election as National Publicity Secretary.

“I have served this party as a member of the National Executive Committee for over 10 years and, therefore, my interest is to ensure that this party stabilises. I have written and submitted my letter.”

The erstwhile PDP spokesman said he took the decision after several meetings and consultations with the various stakeholders in the party, particularly those from the Southeast geopolitical zone.

On whether he will re-contest the position in a mid-term convention slated for July 15, Metuh said he will decide after consulting with his family and party leaders in the South East zone.

“I will go back to them and seek their opinion. The decision is for the PDP leaders in my zone to take. I will continue to do my best in whatever capacity I find myself in the near future,” he said.