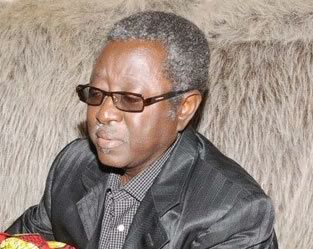 Plateau State Governor and factional Chairman of the Nigeria Governors Forum (NGF), Da Jonah Jang, has blamed those scrambling for the Presidency in 2015 for the crisis currently rocking the ruling Peoples’ Democratic Party (PDP) and the NGF.

The Governor, who was speaking with newsmen at the end of a meeting of the PDP Board of Trustees (BoT) which held at the Banquet Hall of the Presidential Villa in Abuja on Wednesday, said:

Jang, who once more maintained that he is the authentic Chairman of the NGF following the insistence of some of his colleagues that they will not recognize his faction, said he would reach out to those opposing his chairmanship.

He also warned the opposition to desist from trying to infiltrate the ranks of PDP governors because attempting such, according to him, is a waste of time.

“In a big party such as this, you will expect these crises to happen,” Jang said adding “PDP is solid and if some opposition thinks they will use our members to break our ranks, they are wasting their time.

“By the time we finish our NEC meeting, PDP will come back stronger,” he stressed.