A woman who is the owner of a popular buka in Portharcourt confessed last Saturday to using diabolical means to entice customers, as well as take their “destinies.” 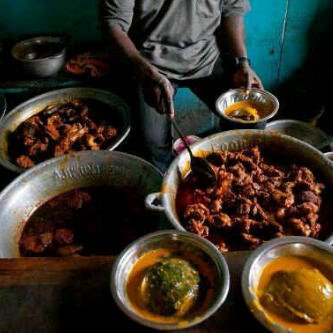 According to eye witnesses, the woman, who is from Akwa Ibom, suddenly ran mad while at her buka located at Aleto in Eleme Local Government area of Port-Harcourt, Rivers state.

They say she suddenly started acting bizarre, tore her clothes and started confessing how she employed diabolical means for the growth of her business.

In her confession, she said she mixes water used to bathe corpses with her food, as well as water from her private part and menstruation blood. She said she did all these to attract customers whose “destinies” she used for the growth of her business and riches.

She then ran around town naked, confessing her atrocities, appearing to have lost her sanity.
The news of her confession spread around the area, and some of her customers (including Okada men)  and angry onlookers descended on her and gave her the beating of her life, before Police men intervened and took her away. 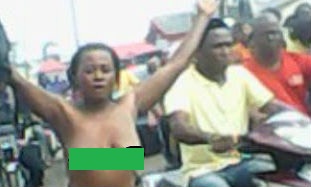