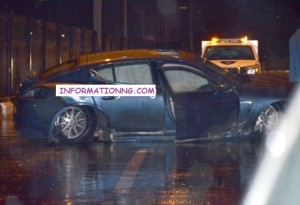 Star-boy Wizkid was involved in an accident around 3: 30am this morning in front of GET Arena as he left the Nokia Lumia Beat party which held at the Oriental Hotel in Lekki.
Thank God that the singer and passenger were unhurt, the only thing damaged in the accident was the Porsche Panamera S car worth about N10m which he recently bought.
According to my paparazzi who witnessed the accident and took the photos, the accident was caused by a burst tyre.
Wizkid, who wasn’t the one driving, was quickly taken away in another car. His bodyguard stayed behind to get the vehicle towed. 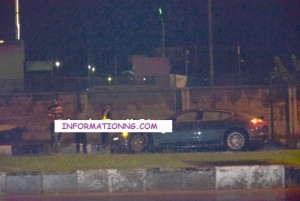 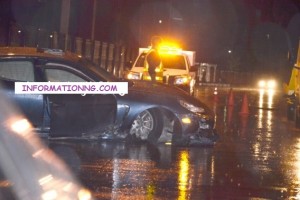