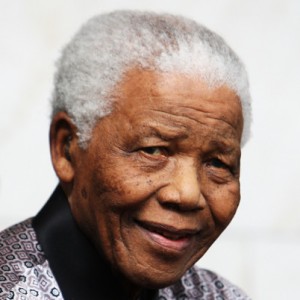 Former South African president Nelson Mandela is still in “serious but stable” condition in hospital, a government spokesman has said.

Presidency spokesman Mac Maharaj told SAFM radio this morning that Mandela’s condition was little changed from Tuesday, when the government made a similar statement about the 94-year-old anti-apartheid icon’s health.

“President Zuma has full confidence in the medical team and is satisfied that they are doing their best to make Madiba better,” it said, referring to Mandela by his clan name.

Police have tightened security around Pretoria’s Medi-Clinic Heart Hospital where Mandela is being treated.

About a dozen police officers were deployed outside the building, which was cordoned off by barriers and police tape to keep the domestic and international reporters and television crews stationed outside away from the entrance.

All vehicles going into the building were being searched.

Mandela was admitted early on Saturday with a recurring lung infection.

It is his fourth hospital stay since December, and there is a growing realisation among South Africa’s 53 million people that they will one day have to say goodbye to the father of the “Rainbow Nation” that Mandela tried to forge from the apartheid-era.