Executive Director, THE NEWS Magazine, Kunle Ajibade, has attributed the decadence in the nation to poor standard of education. 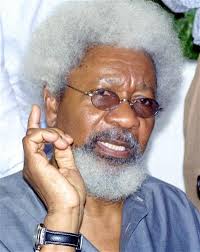 He also said the leadership problem in the land was a product of falling standard and mediocrity.

Ajibade made the remarks in a radio programme, titled, ‘Bull’s Eye’ on Monday while talking about his new book, What a country.

He traced the decadence in the land to what he called paradigm shift that bastardised the system, saying the society had a major role to play in reversing the trend.

He said, “If Wole Soyinka had not won a Nobel Laureate, writers in this country would have been treated like a rag by the outside world.”

According to him, things were going well for the country until the nation lost focus in quest for mundane things.

He said, for instance, “As a journalist, Dele Giwa belonged to older generation. He studied in America. He had practised in America and was a vibrant guy. He was very good and he inspired a lot of us. I was inspired by him, just like other people were.

“When you look at the schools that they attend today, it is pitiable. If you google 500 leading universities today, no Nigerian university will be there. And university is about universal idea.