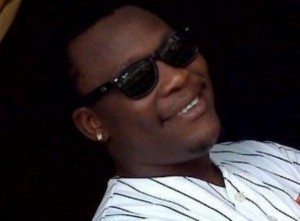 Things are presently not okay with popular Fuji artiste, Remi Aluko, as he is now seriously battling with partial blindness that has befallen him.

As we were told by sources within the industry, the artiste is enveloped in the predicament due to an alleged torture he received from the police sometimes ago when he was in their custody.

Recall that the fuji act was arrested sometimes ago for allegedly being in possession of a stolen BlackBerry phone taken from a murdered person.

He was then arrested by the police when the phone was traced to him. He then told the police that he didn’t steal the mobile phone as alleged, but the phone was given to him as a gift by a fan.

It was said that during the alleged torture at the police station, one of his interrogators allegedly smashed a gun on his face which affected his eyes. This has now led to him be using dark goggles.

We gathered that Remi Aluko has spent a fortune to correct the eye defect all to no avail.