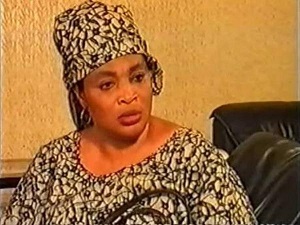 What would have been a tragedy in Nollywood, especially in the Yoruba movie fraternity, was averted some days ago when a popular actress, Modupe Johnson a.k.a. Fali Werepe and her family were involved in a road crash in Ekiti State.

We learnt that the actress, along with her husband and children, was returning from a function when a car crash into theirs at Ijero-Ekiti in Ekiti State.

Further information revealed that the driver of the car that crashed Fali Werepe’s car was allegedly sleeping while driving before he crashed into them.

We were informed that Fali Werepe broke her leg while one of the kids in the car is presently at the General Hospital in Ikeja, Lagos receiving treatment for stomach injuries.