The South Africa government on Monday said that Nelson Mandela remained in a serious but stable condition, two days after being taken to hospital with a lung infection. 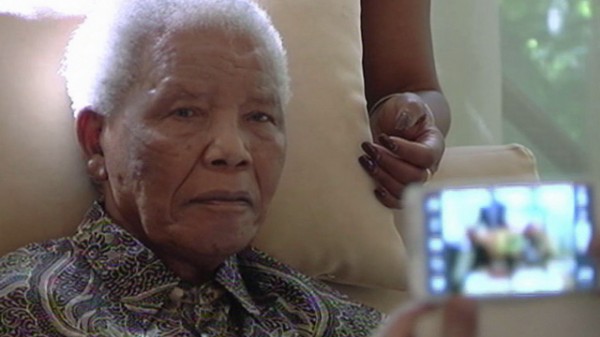 “Former President Nelson Mandela remains in hospital, and his condition is unchanged,” the South African presidency said in a statement.

The revered anti-apartheid hero, spent a third night in hospital after South Africa prayed for him on Sunday amid calls for his family and nation to “let him go”.

Government officials have given no update on his health since announcing that the 94-year-old was admitted early Saturday and was in a “serious but stable” condition with a recurring lung infection.

“I’ve seen my father and he’s well. He’s a fighter,” his daughter Zindzi told The Guardian newspaper on Sunday.

But South Africans are beginning to come to terms with the mortality of their first black president and father of the “Rainbow Nation”, following a string of recent health scares.

It is the fourth hospital stay since December for the Nobel peace prize laureate, who turns 95 next month, after he was discharged in April following treatment for pneumonia.

Although the government has not identified the hospital treating Mandela, family members were seen leaving a heart clinic in Pretoria where a large media camp is gathered.

“We wish Madiba a speedy recovery, but I think what is important is that his family must release him,” Mandela’s long-time friend Andrew Mlangeni, 87, told the Sunday Times, using his clan name.

“Once the family releases him, the people of South Africa will follow. We will say thank you, God, you have given us this man, and we will release him too,” said the former apartheid era prisoner, who was jailed for life alongside Mandela in 1964.

Mandela is revered as a global symbol of forgiveness following his release from 27 years in prison during white minority rule and his latest hospitalisation has triggered outpourings of concern across the globe.

He has not been seen in public since the World Cup final in July 2010.