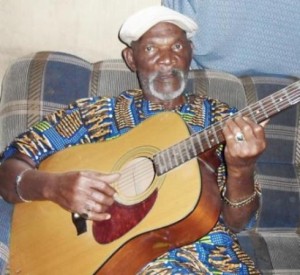 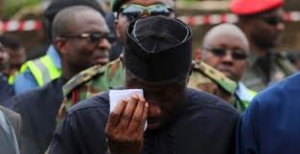 President Goodluck Jonathan has joined other Nigerians and music lovers across the world to mourn Pa Fatai Olagunju, popularly known as Fatai Rolling Dollar, who passed away on Wednesday.

A statement issued in Abuja by the Special Adviser to the President on Media and Publicity, Dr Reuben Abati, described Rolling Dollar as an accomplished and multi-talented musician.

“President Jonathan shares the grief of all lovers of music over the death of the illustrious entertainer, master singer, guitarist and exponent of the native thumb piano.

“Fatai Rolling Dollar continued to perform and exhibit his unqualified love for the music profession at an age when most of his contemporaries had long retired.

“The president believes that the late Fatai Rolling Dollar who enthralled his teeming followers throughout his career of over 64 years will, even in death, remain an enduring influence on African music.

“And that the vacuum his death has created in the Nigerian entertainment industry will be hard to fill,’’ Abati said.

He said that the president extended heartfelt condolences to the late musician’s family and prays that God almighty grant his soul eternal rest. (NAN)