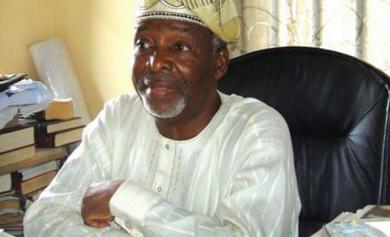 The founder of the Odu’a People’s Congress, Fredrick Fasehun, on Tuesday in Lagos, urged the Federal Government to proclaim June 12 Nigeria’s unity day.

Mr. Fasehun said at a news conference that June 12 was the truest mark of Nigerian unity.

The historic June 12, 1993 presidential elections, which most observers adjudged fair and free, was believed to have been won by the late business mogul, Moshood Abiola.

However, on June 23, the military administration led by Ibrahim Babangida administration annulled the election and subsequently handed over power to an interim government headed by Chief Ernest Shonekan, a businessman.

Mr. Fasehun said: “Just as the Federal Government has declared May 29 Democracy Day, it should consider proclaiming June 12 unity day.

“June 12 should be our unity day because on that day, all the constituent units of Nigeria spoke with near-unanimity and elected Abiola their president.”

Mr. Fasehun, the interim National Chairman of the yet-to-be registered Unity Party of Nigeria, UPN, said that Nigerians could not forget June 12 as it had become part of the country’s political history.

“We remember the lives lost, the limbs lost and the livelihoods lost because of June 12,” he said.

The politician urged President Goodluck Jonathan to work out a compensation plan for the families of Nigerians, who died in the struggle for democracy.

“As part of events marking the last Democracy Day, President Goodluck Jonathan announced a N5.7 billion compensation for victims of the 2011 post-election violence.

“Some governors had made similar gestures in the past. We demand that government should immediately expand the scope of the current compensation plan to include victims of June 12,” he said.

He called for a national conference as a way out of the nation’s myriad of problems.

“National Assembly members should concentrate on their core business of law-making and leave making a new constitution to a sovereign national conference of the federating units.

“The lawmakers should no longer stand in the way of the conference,” he said.