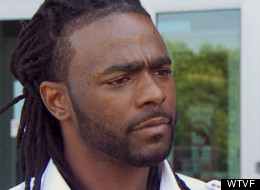 A Tennessee man who has 22 children by 14 women is being sued in what might be one of Nashville’s most expensive child support cases, according to NBC affiliate WTVF.

In an interview outside court, Orlando Shaw said he loves all of his kids and considers himself a good father — it’s just that he can’t afford to pay child support.

Gawker noted that the 33-year-old appeared to have “lost count” of how many kids he has during an interview. On the whole, Shaw appeared to be both unapologetic about his circumstance and unprepared to tackle its steep financial challenges.

“I was young and ambitious, and I love women,” Orlando Shaw told WTVF. “You can’t knock no man for loving women.”

His past partners might beg to differ, as they have taken Shaw to court over “tens of thousands of dollars” in unpaid support. Shaw said his criminal record makes it difficult for him to find gainful employment. If he isn’t able to pay, Shaw may end up in jail again, according to WTVF.

Although it is a matter serious enough for the women to take Shaw to court, various media outlets have picked up Shaw’s story from a humorous angle. Hypervocal observed that Shaw has fathered “two starting football teams’ worth of kids,” ranging from infants to age 18. (If that age is accurate, it would mean Shaw had his first child when he was only 15 years old.)