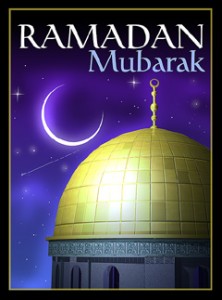 Ramadan, the month when Muslims abstain from food and drink from sunrise until sunset, is expected to start on July 9, a leading astronomer in Kuwait said.

“Based on the calculations, the crescent marking the start of the month will be visible on Monday, making Tuesday the first day of the holy month,” Adel Al Saadoon said.

Ramadan is the ninth month in the Islamic lunar calendar and the Muslim community has often been engaged in heated debates over the best way to determine its beginning and end.

Under the traditional approach, people look to the sky and seek to sight the slight crescent (hilal) that marks the beginning or the end of the month.

However, questions raised over the merit of the traditional approach included whether the start or end of the month should be declared if the hilal is sighted in only one part of the country.

The modern approach calls for the adoption of the astronomical calculation approach, even though followers of the traditional method have fiercely resisted it.

The divisions have often resulted in marking the beginning or end of Ramadan on two, and at times, three different days across the Islamic countries.

The month during which adult and physically able Muslim men and women do not eat, drink, smoke, chew gum or engage in sexual activities from sunrise until sunset is used to boost spiritual commitment and charitable engagements.

Gulf countries tend to invite religious scholars from other Arab countries to give lectures related to Islam’s teachings and values or to lead prayers in some mosques during Ramadan.

This year, Kuwait said that it had set up a committee to choose the foreign religious scholars who will be allowed to address the people.

The decision is attributed to a determination to avoid controversies resulting from the increasingly politicised religious speeches as a direct consequence of the growth of sectarianism in the region.

Kuwait said that it would only allow scholars who had not caused any controversy or issues within Kuwaiti society into the country. [GN]