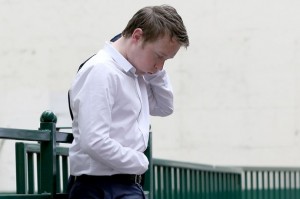 IT’S nine in the morning and I’m leaning against a small dirty wall in Soho, clutching my stomach in agony and still wearing yesterday’s clothes.

To everyone around me I appear a broken man, but any assumption that I’m following a well-worn walk of shame is very wide of the mark.

For in reality this is a stride of pride. I haven’t been on a drinking binge – this ­REALLY was something I ate.

After 24 long hours, 193 gut-busting courses and a mammoth journey that began in Spain and ended in Somalia, I’ve just finished taking on the world.

And unbelievably, against all odds, I somehow WON – Rocky Balboa style.

Perhaps unsurprisingly, no one had ever before tried to wade through course after course from each and every nation in the world recognised by the UN in one 24-hour sitting.

They just kept coming. Toasted ­weaver ants from Zambia to the left, grasshoppers from the Congo to the right and fried giant scorpions from Lesotho coming at me head on.

Sea urchin caviar from Trinidad and Tobago was backed up with fresh ­dragon fruit from Paraguay.

Then longan, a tropical fruit from Cambodia that resembles an eyeball, was followed by durian, one of the world’s most notorious fruits because of it’s smell – like a leaking gas tap.

Several times during the marathon, my stomach felt like it was about to explode and on at least one occasion I had to rest my head on the table.

I repeatedly lurched forward ­doubled-up in agony and by 2am I felt so tired I thought my face was going to fall into my plate. I briefly caught a glimpse of myself in the window.

My puffed up eyes were so tired, it looked like I’d been beaten up.

But I simply could not allow myself to throw in the towel.

Organisers from Unearthed – ­producers of a range of wonderful foods from across the world – had spent six months setting up the incredible world record attempt at Soho’s Janetira ­restaurant in London.

They got hold of more than 32kg of meat bones – including chicken, ­venison, beef and lamb, to boil down to 15 litres of stock.

They also tracked down over 1,000 ingredients, including 15kg of onions and 10 kg of potatoes for the full menu, which took five chefs 130 hours to prepare and cook.

Proud Unearthed founder Simon Day, 31, told me: “The chefs have been cooking the dishes for the past three days in preparation.

“It has been a massive effort all round. There are so many exciting and unusual ingredients in the world that so many people haven’t had a chance to try.”

Munching on his last few bites of sweet potato pone from Belize, ­followed by meat gutab from Afghanistan, Simon ­added: “We want to change that.”

We were well into the early hours, but before he could say more, the next course landed on the table.

Bash! Kitcha fit-fit from Eritrea on the horn of Africa, chicken yassa from Gambia, har gow from China and chee cheong fun from Singapore.

But I had to down several glasses of water immediately after eating tamarind balls, a snack from Antigua and Barbuda with a strong peppery taste.

And I almost baulked at a spoonful of flying ant, complete with wings.

But it wasn’t all a slog. Some of the food was delicious.

Snenokle, a sweet pastry dessert covered in a rich creamy milk from Croatia, was my favourite. I also loved the strawberries and cream, chosen to represent the UK.

Meat gutab, a traditional meat-stuffed flatbread from Azerbaijan, was also a treat.

And I would definitely recommend guava jam, a unique tasting preserve from Dominica.

As well as mountains of food, I was also treated to a number of drinks from across the world.

I felt smug downing champagne, obviously from Champagne, but chosen to represent millionaire’s playground of Monaco towards the start of the challenge.

I later tried rose cordial from Turkmenistan and Malawian tea – one of the country’s top exports which brews to an unusual looking reddish colour.

And that was followed by delicious iced coffee from the Pacific island of Nauru, served in a recycled plastic ­bottle. Somehow it made me feel ­brilliantly refreshed despite being ­virtually out for the count.

Tucking into my final bites after 193 exhausting rounds, I’d like to say I felt a sense of euphoria, or I managed to go back for seconds of my favourites.

But in truth my overriding feeling was just complete and utter relief.

Walking back through Soho, I felt on the verge of collapse while still trying to take in what had happened.

And when I stepped into a taxi two streets from my historic ­victory I finally felt like a world champion.

In the heavyweight division, obviously.