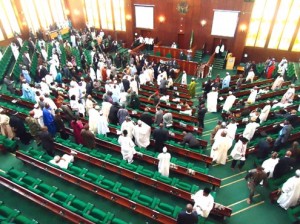 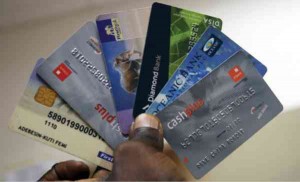 The Federal House of Representatives, yesterday, mandated Central Bank of Nigeria, CBN, to implement the cashless policy introduced in the country in phases.

The motion, promoted by 53 lawmakers, is entitled ‘Need for Central Bank of Nigeria to Implement Cashless Policy in Phases’.

Anchored by Yakubu Dogara representing Bogoro/Dass/Tafawa Balewa Federal Constituency of Bauchi State, they sought to make CBN implement cashless policy in stages, moving from cash-based to cash-less and finally cashless, commensurate to available technical and financial infrastructure at each stage.

According to Dogara, “cashless policy as now practised in Nigeria has possible implication of cost saving in the financial sector, but does not necessarily imply real sector growth and does not have human development as a focus of an economic development.”

He also prayed the House to further urge CBN to remove the charges and/or limits on daily cumulative withdrawal and deposits to encourage small businesses and Nigerians as has been done for the Ministries, Department and Agencies, MDAs.

Another prayer that was adopted by the House was the call on the apex bank and other commercial banks to take the security of customers transactions seriously.

In his argument for the gradual implementation of the policy, the Chairman, House committee on Rules and Business, Albert Sam-Tsokwa, Taraba state noted that aside Jalingo, the state capital of Taraba, there were no commercial banks in the entire state as what they have in other parts were cash centers. He argued that the cashless policy will make business virtually impossible for the people of the state who are noted for their cattle and yam markets.

Nevertheless, speaking against the motion, member representing Makurdi/Guma Federal Constituency of Benue state, Emmanuel Jime said Nigerians should be innovative and that the cashless policy will bring about innovation into the banking sector and by extension make the economy to become stronger.

Peter Akpatason representing Akoko-Edo federal constituency of Edo state who spoke almost in the same vein noted that implementing the policy will help curb insecurity and help the saving culture of Nigerians.

According to him; “by stopping the implementation of this policy it will unwittingly help in serving the purpose of money launders and those that sponsor violence. When criminals know that you keep money at home the tendency for an increase in crime is there. The cashless policy has some advantages, as Nigerians tend to spend more because they always carry money.” [Vanguard]