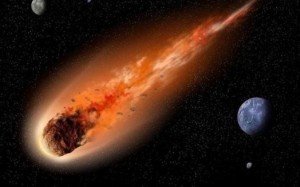 Russian scientists from say that an old ballistic missile system should be modified to defend Earth from asteroids, mentioning a major explosion over the Urals earlier this year.

Mr Saitgarayev pointed to the destructive power of the meteor which burst over the Russian Ural Mountains on February 15.

The sonic boom of the airburst blew out windows and damaged thousands of buildings around the city of Chelyabinsk.

Approximately 1200 people were injured, 50 were hospitalised.

According to NASA data, the space rock have been some 15 metres in diameter.

Mr Saitgarayev said, “The old 1960s-era Soviet “Satan” missiles were ideally suited to such an interception role as they could be held ready for launch for up to 10 years.

Carrier rockets created on the basis of intercontinental ballistic missiles like Satan, which use standard liquid fuel based on hydrazine, are well-suited for fighting suddenly discovered small objects.

They can stay in the condition of their readiness for launch for ten and more years, after some re-equipping.”

That is why this would enable “Satan” to be launched against an inbound asteroid with only 20 minutes warning.

While most modern missile systems need several days to fuel, and this is usually done before a scheduled launch.

Saitgarayev said giving the “Satan” an upgrade including a third stage booster would enable it to target – and destroy – asteroids some five to six hours before they would strike the Earth.