According to local Iranian media, Khalid bin Saad bin Abdulaziz al-Saud kidnapped, raped and murdered a Saudi girl then dumped her body on a street. 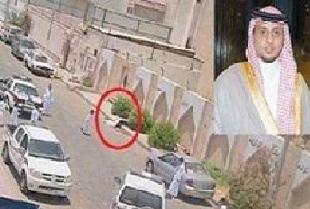 Police in Jeddah, Saudi Arabia has confirmed the news that a girl had been raped and murdered by a Saudi prince.

The scandal was another loop in a chain of moral and ethical scandals on Saudi corrupt princes and their crime against Saudi citizens.

The story began when the witnesses in Samer, a Jeddah suburb, saw that a girl was dropped out of a JMC automobile and the car drives away, evening May 30.

People witnessing the event immediately wrapped the girl in a blanket and contact the police.

After police arrived, preliminary investigation indicated that the girl had died.

JMC plate number fed into the automobile surveillance system of traffic police and it revealed that it belonged to a Saudi prince.

Then, extensive investigation was launched, with the initial result that the prince was no other person than Khalid bin Sa’ad bin Abdul Aziz al-Saud, who, met the girl in Wednesday evening in famous Al-Tuhayat shopping mall. The girl defied the prince.

Then, the girl was kidnapped by complicity of Tariq al-Maqrebi, an associate of the prince’s, and transferred to an unknown place, where she was sexually harassed. 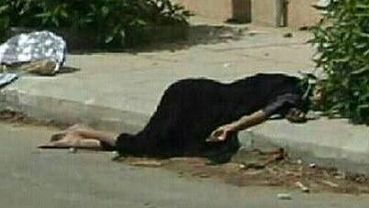