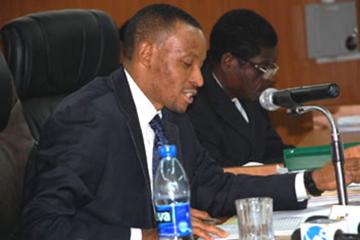 The convoy of the Chairman of the Code of Conduct Tribunal, Danladi Umar, was on Friday attacked by gunmen on the Keffi-Gitata Road in Nasarawa State.

This is contained in a statement issued on Friday in Abuja by Ibraheem Al-Hassan, Head of Press and Public Relations of the tribunal.

Mr. Al-hassan said that security personnel attached to the chairman engaged the gunmen in a fierce exchange of gun fire which led to the death of one of the bandits.

He said that some of the bandits, who sustained various degrees of injuries, ran into the bush.

Mr. Al-hassan said the chairman and members of his entourage who were on their way to Bauchi for an official assignment, did not record any casualty. He said that security details attached to the chairman “displayed rare professional excellence by overpowering the bandits.”

He stressed the need to strengthen security around judges in the country, to mitigate re-occurrence of such incidents.

“There is the temptation for some politicians whose cases are pending before the judges to be mischievous, especially as the 2015 elections draw nearer,” he said.