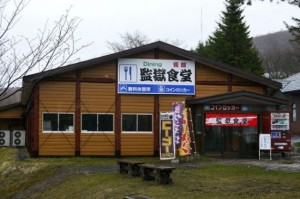 In Japan, you don’t actually have to get thrown in jail to get a taste of prison food. The Prison cafeteria, in Abashiri, Hokkaido, specializes solely in food actually served inside Japanese prisons.

I’ve often wondered what jail food tastes like, but I was never curious enough to commit a crime and find out. Luckily, for like-minded Japanese, there is a place where they can sample prison-quality meals without having to give up their freedom. The Prison Cafeteria, at the Abashirishi Prison Museum, serves the same food that the genuine inmates of Abashirishi prison eat for lunch each day. As you can imagine, it’s pretty cheap, but the guys at RocketNews24, who visited the place and tried some of the courses on the menu say it’s also pretty tasty. I’ve heard some awful things about prison food, but it seems Japanese inmates have it pretty good. To be fair though, having to constantly keep an eye out for someone trying to shank you at lunch time, is just not worth trying this decent food in actual prison.

According to Kazo, the reporter who visited the Prison Cafeteria, all the menus on offer contain everything, from fish and dietary fibers, to the normal daily intake of salt and carbohydrates. The restaurant does replace the dumbed-down coarse tea served in prison with tasty miso soup, but otherwise the meals are practically the same.Let’s have a look at what the RocketNews24 envoy tried during his visit: