Chairman of the Senate Committee on Review of the Constitution, Senator Ike Ekweremadu, has said if the committee’s recommendation on single tenure succeeds, President Goodluck Jonathan will sacrifice his presidential ambition in 2015. 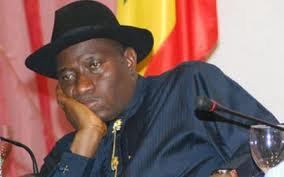 He stated this in Abuja on Thursday while explaining the fate of the President and some governors on the proposed six-year single tenure amendment to the 1999 Constitution.Ekweremadu, who is the Deputy Senate President, also said some governors would sacrifice their second term ambitions in 2015.

The deputy senate President said, “For us, it would have been easy to say let’s put it six years and let whoever wants, including those who are available now, let them benefit, so long as it will help in keeping overheating the system away.

“But we don’t want Nigerians to say that we have colluded with the executive to give tenure elongation to the President and certain governors. That means somebody instead of staying for eight years; he will now be staying for 10 years.

“I think it will be easier for someone to deal with the issue of making a sacrifice than for someone to have the period for 10 years; I am not sure what our colleagues will say. If they say that those who are there now should benefit, that is fine. Those who are currently serving should be able to excuse themselves and say we make this sacrifice on behalf of the system.”

Ekweremadu recalled that the President was one of the persons that called for a single tenure of six or seven years.

The deputy senate president said, “He (Jonathan) was grossly misunderstood. They were saying he wanted to get a third term; he wanted to elongate his tenure and all kinds of things were said.”

He also said his committee did not insert a specific time frame when the amendments would take effect.

Ekweremadu added that the constitution would take effect as soon as the requirement for the passage of each amendment clause was met.

He said, “Since we did not provide for any particular date, it means that as soon as the Constitution is passed, it starts; that is the implication.

“Unless you are suggesting that we put the time frame when it will start, but in the last amendment to the Constitution, we did not put any time frame for its take off, we also did not put in this one.”

He argued that it was certain with the current amendment that the President’s assent was not required to authenticate amendments to the Constitution.

According to him, it is an absurdity for the President to sign the amendments given that two thirds of the members of the National Assembly had been secured, which is the same requirement for overriding the President’s veto.

With regard to the new Section 136 relating to the Vice-President succeeding the President in the case of death, Elweremadu explained that the new provision bars the Vice President from running to succeed him, after completing the six year single tenure of the President.

He said, “You will recall that in Venezuela, when the President died, their constitution provides that the Vice President does not automatically take over. Fresh elections take place that option was available to us, but we considered the cost of elections.

“No democracy looked like the other one, we had to look inwards to see the one that works for us and we said the President dies and if the Vice President can finish the tenure; and having completed the term, there should be no extra mile to get himself back to the office that normally causes crisis.”

Ekweremadu also restated his views that having state police was the best for the country, with its vast population and size.

He however said it had to be droped because of the majority views, arguing that although he was Chairman of the committee, his business was to articulate the views of members of the committee and that of Nigerians.