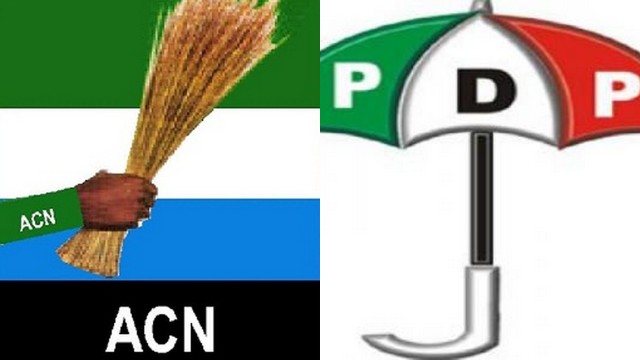 The Action Congress of Nigeria (ACN) has rebuffed any attempt by the Presidency and the ruling Peoples Democratic Party (PDP) to portray it or its leadership as terrorism sponsors, saying all alleged sponsors of terror in Nigeria are either within the fold of the PDP or somehow associated with it.

In a statement ,Tuesday, by its National Publicity Secretary, Alhaji Lai Mohammed, the ACN said the Presidency and the PDP should tell Nigerians the names of all those mentioned as sponsors of Boko Haram in a well-researched article in the journal of the New York-based World Policy Institute, entitled: “Anatomy of African Terrorism: Boko Haram, Nigeria’s homegrown terror network.”

ACN said that a quick glance at the article indicates a former Nigerian Ambassador to Sao Tome and Principe and a serving Nigerian State Governor, all members of the PDP, as alleged terror sponsors.

“Contrary to the blatant falsehood being peddled by the presidency and the PDP, not one member of the ACN was mentioned in that document, which is available to those who are more interested in seeking the truth than calling the dog a bad name just to hang it.

“We abhor terrorism in all its ramifications, and have never and will never support terrorism under any guise. But our stand on Boko Haram is also well known to all fair-minded people whose thinking has not been clouded by political considerations: Terror has festered in our country largely because of widespread poverty/economic deprivation, massive unemployment, injustice and alienation of a large section of the society, all products of years of bad governance.

The ACN cited a report by UNESCO which stated that Nigeria is home to the largest number of out-of-school children in the world – a development it says creates a “large pool of possible recruits for terror.”

The party while acknowledging that the problems did not start today, however said the PDP, which has been in power since 1999, cannot entirely absolve itself of the blame especially the “incompetent government of President Goodluck Jonathan” which it says has “not made things better.”

The ACN added that “It is therefore clear that as these evil twins PDP/Presidency) point one accusing finger at the ACN, four others are pointing at them”.