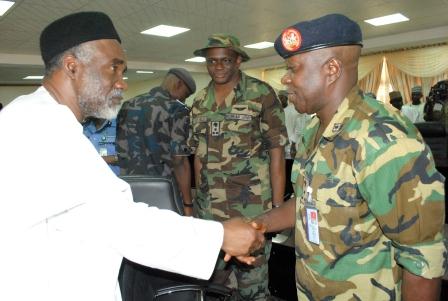 The 23 Armour Brigade, Nigerian Army, Yola, on Saturday announced a review of the curfew imposed on Adamawa following the declaration of the State of Emergency in May.

A statement by the Brigade Commander, who doubles as Operational Commander of the force deployed to Adamawa, Brig.-Gen. Fatai Alli, said the curfew was now from 8 p.m. to 5 a.m.

“The command extends its appreciation to the public for the level of cooperation received thus far and advise law abiding citizens to go about their lawful businesses within the new stipulated timings of the curfew,” he said.

This is the second time the curfew is being reviewed since the declaration of the emergency on May 14 by President Goodluck Jonathan.

A cross section of the public commented on the latest review and described it as a welcome development.

“It is a big relief and a welcome development.

“One good thing about this is that Muslim faithful will be able to observe the five obligatory prayers in congregation,” Mohammed Adamu, an Islamic cleric, said. (NAN)