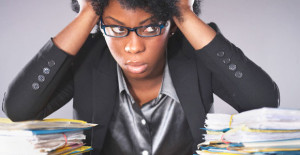 Earlier on in the week on my way to work, I was listening to the news headlines on the radio and there was a report of a proposed strike action by the doctors in Lagos State. It was the same issue again – workers pay/benefits not being paid. One of the radio presenters said that the doctors should have learnt over the years that strike actions were ineffective and as such they should consider other means of trying to get their employer to do the right thing.

It got me thinking about the issue of non-remuneration of staff. In my little understanding of basic contracts and labour law, when you sign the contract of service, you are saying that you agree to work under the agreed terms in exchange for  a certain remuneration.  It is by virtue of this agreement/contract that you go to work and discharge your duties diligently (or otherwise for lazy, ineffective folk) In exchange for this service rendered, you’re contractually entitled to be paid. Or so we believe.

Recently, my friend, Avese tendered her resignation letter as the office administrator of an establishment in Abuja because she was tired of being owed her monthly pay by her employers. The situation had gotten so bad that the employers would empty the company account for either their charity organization projects or for a jet off to the middle east when the month was drawing to an end. As she was the administrator, she was constantly having to explain to staff why management was unable to pay as and when due. She complained that there was no time she had been paid earlier than 18 days into the next month. She said those were good months.  She had been battling with the decision to  resign; because when she first told them at home that she was tired of constantly having to beg for her salary she was reminded of how tough the job market was.

“If you resign now, will you now sit at home? Isn’t this better than being jobless? At least with this one, you know something will still come in.”

One month, she rebelled and decided not to go until she was paid. It worked.  As she lamented to me, I was very sad. I have never experienced being owed my salary before. In fact, in my former office, I remember how my boss would write a personal cheque for our salary in the event the firm didn’t make enough money to pay salaries. In my current office, my boss is very ethical and she does NOT play with such things. I’m grateful.

However, it makes me wonder if I was in that situation what I’d do! Would I resign?  Would I suffer in silence for months? How do people with dependants cope when they’re not paid for 3 months, 4 months… 7 months? THE HORROR! How is your staff expected to transport himself to work if he’s being owed? It should be fair to say that such a person may well be within his rights if he doesn’t show up at work as you haven’t fulfilled your part of the contractual obligation.

Honestly, what is the solution to this problem? As an employee, will you leave if you’re being owed your monthly salary? Would you sit it out and hope for the best? Do you believe in strike actions as a way of forcing your employer to pay up as and when due? As an employer, do you have a justification for delaying the staff salaries? Would you write a personal cheque to cover staff salaries in the event the business is not making enough money to pay? Is there a reason why you should owe your employees for such a protracted period of time? Is it fair to say that the employee is well within his/her right not to show up at work if you are owing?