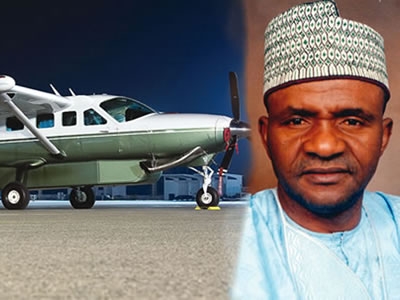 As ailing Danbaba Suntai’s fate as governor of Taraba state hangs in the balance following moves by forces opposed to his long absence from work following his hospitalisation, first in Germany and now the USA, for multiple injuries he suffered in a plane crash late last year, a group, the Taraba Justice Forum (TJF), has dismissed the pictures and video clips of Suntai purportedly recuperating as fake.

It challenged those circulating them to come up with credible evidence of recuperation or stop circulating false pictures and clips.

In dismissing the governor’s pictures and clips shown on NTA, the general secretary of the TJF, Mr. Abulus John said the circus show would lead the state nowhere.

“The game started when a picture of Governor Jonah Jang with Suntai was released with the Plateau State governor assuring that Danbaba will soon return to the country to resume work. Four months after, Danbaba is yet to return. That is false propaganda one,” he said.

“Few months ago and on more than three occasions, the Commissioner for Information, Mr. Emmanuel Bello, went on air to boast that he would put the governor on telephone once he reached Germany. Danbaba is well and he will soon be back, Bello told the whole world. The next thing we heard was that the governor has been flown to USA for intensive care

“Up till date, Bello has not put the governor on telephone for Channels or any other medium. The next thing was a picture of the governor and his wife and another of the governor cutting birthday cake. All such pictures confirm that all is not well with Danbaba.”

He added: “The last circus show was on NTA. It was so embarrassing that even the NTA had to apologise that the audio quality was bad. Why will there be a good visual without good audio? The fact is that the governor cannot talk or converse correctly because he is brain damaged.

“If truly the governor is okay and recuperating why not take Channels and NTA along to USA so that they can independently interview the governor? Why are they bringing all these fake clips to further embarrass Taraba?

“The fact is that the governor is not suffering from physical deformity but he is brain damaged and so medically incapacitated.

“This is the bitter truth that Bello and others are trying to cover up. But the matter can no longer be swept under the carpet.”

“In any case, those who say the pictures and videos are fake should prove their point. The onus of proof is on them. They are the ones making the charge.”