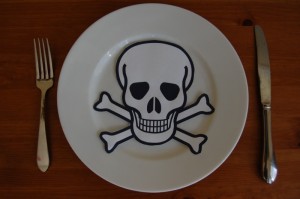 The only surviving son of the family of a widow Madam Gladys Nwosu, who died mysteriously alongside her six children after consuming an evening meal, Mr. Maxwell Nwosu, has appealed to the Imo State Government and all good spirited individuals to assist him in burying his departed loved ones.

Maxwell Nwosu, the only surviving son of the family made the appeal while speaking to newsmen, expressing worry that as an applicant, he did not have the financial capability to bury his dead.

“I am the only son of the family. I am an applicant and the burden of burying my mother and six sisters is emotionally and financially too much for me to bear,” Nwosu said.

Nwosu said he probably would have also been a victim of the meal if he had been at home.

“I have been in Onitsha, Anambra State, for a while and painstakingly looking for a gainful employment that has remained a mirage. I would have been a victim of the family’s last supper if I had been at home,” Nwosu lamented.

Among the eminent Nigerians who have registered their sympathy is the Deputy Speaker, House of Representatives, Chief Emeka Ihedioha, who visited the community to commiserate with them over the death of their loved ones who died in suspicious circumstances.

Lamenting the way an entire family was nearly wiped out after consuming a local delicacy, Ihedioha promised to give his support, as well as make sure that the cause of death was ascertained.

The community’s President General, Mr. Linus Eke, in his response described the incident as “the worst incident in known history that has befallen the community”.

Some leaders of Cherubim and Seraphim Church, where three members of the family died, have reportedly been arrested by the state police command.

Confirming the arrest to newsmen, Rev. Anthony Alozie explained that Madam Nwosu, a member of the church, rushed the dying children to the church for prayers, but the three of them died in the process.