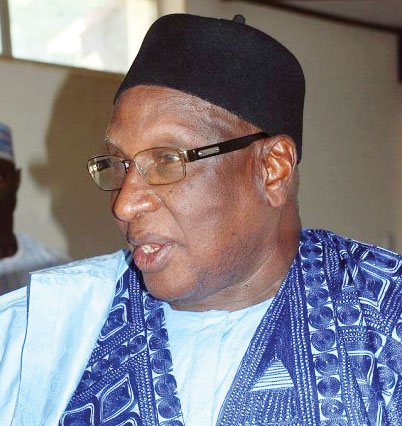 The suspension of Governors Rotimi Amaechi (Rivers) and Aliyu Wamakko (Sokoto) from the Peoples Democratic Party (PDP) by its National Working Committee (NWC), is not a witch hunt, national chairman of the PDP, Alhaji Bamanga Tukur, said yesterday.

According to him, the suspension is in tune with the party’s Constitution with the aim of enforcing discipline and maintaining good conduct among members.

In a statement issued by his office yesterday, Tukur said the actions of the governors constituted a distraction to the transformation agenda of President Goodluck Jonathan’s administration.

The statement said: “We harbour no malice against any member. We only do not want to be a flock without a shepherd.

“If we are not disciplined as a party, we certainly may not be able to produce the most progressive government in line with the greatest expectation of every Nigerian and the rest of the world.

“The PDP government led by President Goodluck Jonathan has a good agenda founded on the desire to transform Nigeria.

“The agenda has started bearing fruits. Indeed, the PDP should lead in the implementation.

“We do not want to constitute a distraction to the President’s transformation agenda and this requires absolute discipline and loyalty from every member.

“Right now, we are re-organising by way of bringing everyone to appreciate the Constitution and manifesto of the party so that when we go into election in 2015, we can win a landslide as a family in the election which will rank as the freest, most peaceful and most transparent in line with the desire of President Jonathan”.