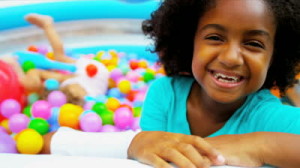 Isn’t it ironic that the same qualities that attracted us to our partners end up being the ones we argue most about? One of the qualities that attracted me to my husband is his diligence to work. I am the complete opposite! But few months into our marriage, I actually began to resent his hardworking nature. He simply had no time for fun. It was work, work, and more work. In fact I began to refer to his laptop as his second wife, it was that bad!

It took many years of complaints for me to realise that, he wasn’t going to change. And I had two options: continue seeing the faults and complaining about them or look at the positive aspects of his ‘faults’ and become more thankful and perhaps even learn something from him. Thankfully I chose the latter option, and I can honestly say we are both happier, and I am learning to be more diligent too.

Like my husband, I believe we will meet many people in life who will do things differently from us. They may have different customs, or speak a different language, or even pray to a different God. Instead of focusing on our differences and using it as a tool to cause disagreements, we could learn from each other and become better.

I had an Indian friend some time ago, and one of my favourite pastimes was learning about her culture, their gods and their lifestyle. As a Christian, it would have been very easy for me to consider her an unbeliever for “worshipping idols” and refuse to be ‘unequally yoked’ with her. I can’t begin to imagine how much knowledge, recipes, and friendship I would have lost if I had adopted that kind of holier-than-thou attitude.

I think most of the stupid wars we fight would cease if we would just let people be. We need to accept that people have a right to be different. It would be a boring world if we all looked the same and did things the same way.

Given that it’s not such a bad thing to be different, why then do some people become suspicious when they meet others who do things differently? Well, I have some reasons, but there are by no means the only ones. Please feel free to add more reasons, perhaps we can all learn from each other and become better.

Fear of change: Change can be scary. Insecure people are especially afraid of change; it somehow makes them feel inferior. However if we approach life as scientists do, then we realise that new ideas improve, rather than stifle us. Remember if we don’t evolve (i.e improve on our ideas, behaviour, mindset, etc), we will go extinct, like the dinosaurs!

I-know-it-all attitude: The Bible says that pride goes before a fall. We limit and deny ourselves a refreshing and fuller life if we cannot appreciate the differences in others. I enjoy eating new foods and learning new things about people’s culture. I love my culture but I find my life is richer and fuller when I learn more about others. I feel balanced and I appreciate the human family more, because I see we are alike in so many ways. Remember these words by Henry ford on being open-minded:
“Anyone who stops learning is old, whether at twenty or eighty.
Anyone who keeps learning stays young.
The greatest thing in life is to keep your mind young”

Fear of the unknown: It’s often been said, “the devil you know is better than the angel you don’t know”. It’s understandable to fear anything different. It’s a way of protecting ourselves. That’s why as Nigerians we will vote an under-performing candidate into public office, because he comes from the same tribe, or is of the same religion. And yet we act surprised when the person does not live up to expectation! Sadly, we don’t learn. In two years time, some of us will still vote based on our emotions not with our heads. When we let fear instead of rationality consume us, we will always be full of regrets. Remember fear is often unreal, it is basically ‘False-Evidence-Appearing-Real.’

Fear of being corrupted: Most of us as children growing up, were warned over and over by our parents not to mix with children from a certain neighbourhood or from a certain tribe or religion. Our parents had erroneously generalized certain tribes or religions because of an unfortunate incident they may have experienced. Sadly some of us still walk in the shadow of what daddy or mummy said. They meant good after all. But a time comes, when girls will be women and boys will be men. Part of the growing up process is testing new things, making mistakes and learning. Imagine how boring life would be if we never learnt new things for fear of failing!

Some people like to refer to Nigeria as a mistake; that the amalgamation was like bringing strange bed fellows together. They see division as the only way out. I think that is just a silly excuse! Our problem is not our differences, our problem is our intolerance of different people. Even within local governments that speak the same language, we hear of inter-communal clashes that claim lives and destroy properties. Imagine if Nigerians would learn to love each other and make the effort to understand and learn from each other! We would be unstoppable! We will utilize our potentials in ways we never thought of.

If we could focus on our similarities and use our differences as opportunities to learn, we would have fewer problems. Even though I am from the South South, I enjoy the suya and beautiful basket weavings and leather crafts of my Northern brothers and sisters. I could decide to focus on the traits I admire about them or choose the ugly ones I have read about. My decision will affect my attitude and ultimately determine if I live in fear and hatred of them, or enjoy their uniqueness. Just in case you are wondering, I also enjoy knowing more about my brothers and sisters from the West and the East and enjoy their meals and culture greatly! There is beauty in our diversity, we only need to make the effort to see it that way.

I believe that love, which is essentially the ability to treat others the way we want to be treated, is the way out for us as a nation. When we love people and have an open mind, we will respect each other even when our opinions differ. We will also be humble, because we acknowledge that we might be wrong about so many things, so why not learn something different?

In conclusion, it’s very easy to quickly make opinions about people, it doesn’t require any brainpower at all. But if we call ourselves educated 21st century Nigerians, we need to start thinking higher than beer parlour men or market women (no offense to both). We need to become rational and not just repeat the fearful echoes of our parents. Difference can be beautiful if we will make the effort to see it that way. I really hope we will.