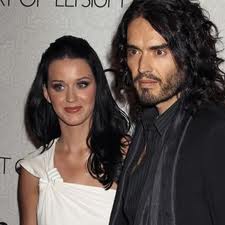 Russell Brand asked Katy Perry for a divorce in a text message?!

The “Wide Awake” singer covers the July issue of Vogue magazine and opens up about her failed marriage with Russell Brand and the tragic way he asked to end their 14-month marriage. “He’s a very smart man, and I was in love with him when I married him,” she said. “Let’s just say I haven’t heard from him since he texted me saying he was divorcing me December 31, 2011.”

But, it didn’t end there. The 28-year-old also talked about the equality of their relationship.

“At first when I met him he wanted an equal, and I think a lot of times strong men do want an equal, but then they get that equal and they’re like, I can’t handle the equalness. He didn’t like the atmosphere of me being the boss on tour. So that was really hurtful, and it was very controlling, which was upsetting.”

Perry also admitted that being on tour was a factor that led to the end of their relationship but there was more to the dissolution that met the eye.

“I felt a lot of responsibility for it ending, but then I found out the real truth, which I can’t necessarily disclose because I keep it locked in my safe for a rainy day. I let go and I was like: This isn’t because of me; this is beyond me. So I have moved on from that,” Perry shared.

Her former husband isn’t the only ex Katy talked about. She also included some details about her on-again, off-again romance with John Mayer, claiming that it was “over,” but that didn’t mean her feelings for him were or that he was any sort of a rebound from Brand.

Check out this video to see what else Katy had to say about her two failed romances and be sure to tune in to “omg! Insider” on television tonight for all the latest in entertainment news. 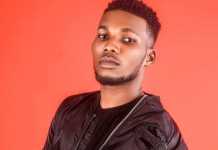